“The Other Side of the Mountaintop”
commemorating the 50th anniversary of Martin Luther King’s assassination..

WW1: To Race, or not to race, to War & The War on Race
A musical/history program for the centennial of WW1 conducted by Tj Wheeler.

“The Other Side of the Mountaintop”

Through this school year and through 2018 I’ll be commemorating the 50th anniversary of Martin Luther King’s assassination with a new programs for schools, universities, libraries, churches, civil & human rights organizations etc. entitled ” The Other Side of the Mountaintop.” It will highlight the hopes and work that Dr. King was planning at the time of his death as well as interactively address the proverbial question of ‘What Would Dr. King say if he were here today?” through Music & Message. (Appropriate for ALL Ages as well as specialized for different age levels from K – seniors) The power of GROUP Sing a long’s will be activated, as well as the back stories behind the classic Civil Rights anthems as well as the “masked messages” of secular popular Folk, Soul, and R & B songs on up to the music of today.     Please REPLY back for more info. Programs can be designed collaboratively with each org. to best serve the needs of each community as well as to enhance the integrated arts component of each program. Please visit my web site for much more program info & history of my programs www.tjwheeler.net  or call 978.973 1709.
Also please check out the great ideas below on how your community can honor Dr. King through a myriad of acts of justice, below in this post from the National Civil Rights Museum…Google their site for more info on their suggested activities. 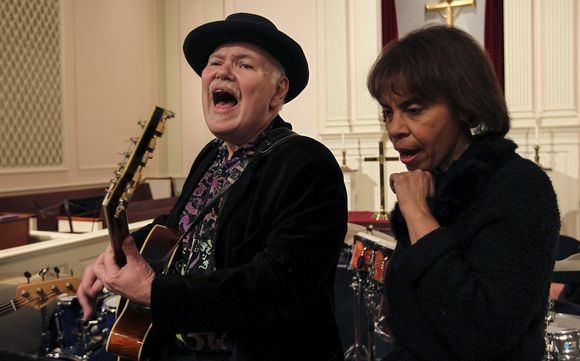 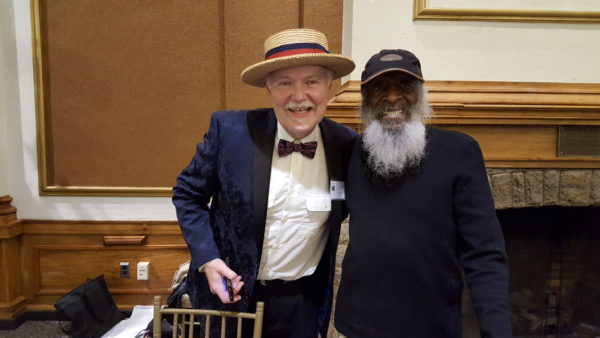 To Race, or not to race, to War & The War on Race
A musical/history program for the centennial of WW1

This Teen – Adult oriented presentation is a special Musical/ History program for the 2017 -2018 centennial of WWI.The emphasis in To Race, or not to race, to War & the War on Race is twofold. It tells through historic songs & back stories of 1:the dualism that the U.S. had on whether or not to enter “the war to end all wars” and 2: It’s affects on race relations & basic constitutional rights, back home in the United States. The dualism was also exemplified by President Woodrow Wilson; who in some circles was seen as a peace loving progressive and by others as as a regressive segregationist, who longed for America to have a more dominant influence as a World power.

The Peace movement, Immigration, Women’s suffrage, National security vs Freedom of Speech, the Great Migration, and  Black segregated troops are all topics that are included and explored.

On the last topic …One groundbreaking example is the 369 regiment the Harlem Hellfighters. They, like all Black soldiers that were actually fighting (opposed to only being allowed to perform labor duties because of the Armed Services segregationist policies) weren’t allowed to fight side by side with the White American troops. Instead they fought with the French national army, who didn’t observe such prejudicial rules (not that the French were fully free of racism.) A full Jazz Big Band under the direction of James Reese Europe, were part of the HHF’s. The band when not fighting, performed concerts throughout France and beyond. They are credited by scholars as being heavily influential in introducing Jazz to Europe! The program also examines post war conditions for the returning troops including violent aggression to returning Black Vets & their communities, freedom of speech, as well as the League of Nations.
I have researched songs from James Reese Europe repertoire, as well as Folk Blues songs about the war, as well as anti & pro war songs of that era. These include Trench Blues by John Bray, Army Camp Harmony Blues by Ma Rainey, War Time Blues by Blind Lemon Jefferson as well as Morton Harvey’s I Didn’t Raise my son to be a Soldier,… Over There by George M. Cohan & It’s a Long Way to Tipperary from John McCormack. Throughout these serious subjects, the music brings out a whole wide range of how music played an important contribution to that history then, and how it aids insight for us now. The program can also be shown with an accompanying powerpoint. It is is educational, entertaining and also relevant to the unusual times we live in today.
Thanks again and I’m looking forward to talking with you more on bringing this program to your community.

To whom it may concern:

It is my pleasure to recommend a first-rate program for your consideration. On Sunday August 26th, the Hopkinton Town Library hosted a program with award-winning bluesman Tj Wheeler with a program of WWI Music.  It was the kick off event for our Hopkinton READS series of events, this year commemorating US involvement in WWI.

Tj presented a spirited and informative program of music and commentary.  In addition to his audience-pleasing music, often inspiring clapping and laughter, Tj put together a substantive slide show and narrative describing the roots of Jazz, the role of the Harlem Hellfighters and details regarding  US’s  role in the war, with a particular focus on Woodrow Wilson.

The program received rave reviews and I encourage any library or community organization looking for programming related to the WWI centenary to contact Tj Wheeler (tj.wheeler60@yahoo.com; 978 973 1709)
to schedule this program rich in history and excellent music.